Yet another old programming environment I used for quite a long time is the Borland C++ Builder. It is the brother of the very famous Borland Delphi, and the IDE and API looks quite similar to it. I was given a book named "C++ für Kids", which taught the basics of it, but seems like already in my younger years I knew I would not like C++.

However, it is a quite nice environment with which one can easily create simple applications.

When starting, one usually sees a simple Window "Form 1". At the left side, several properties can be set, for example, the Caption of that first window. 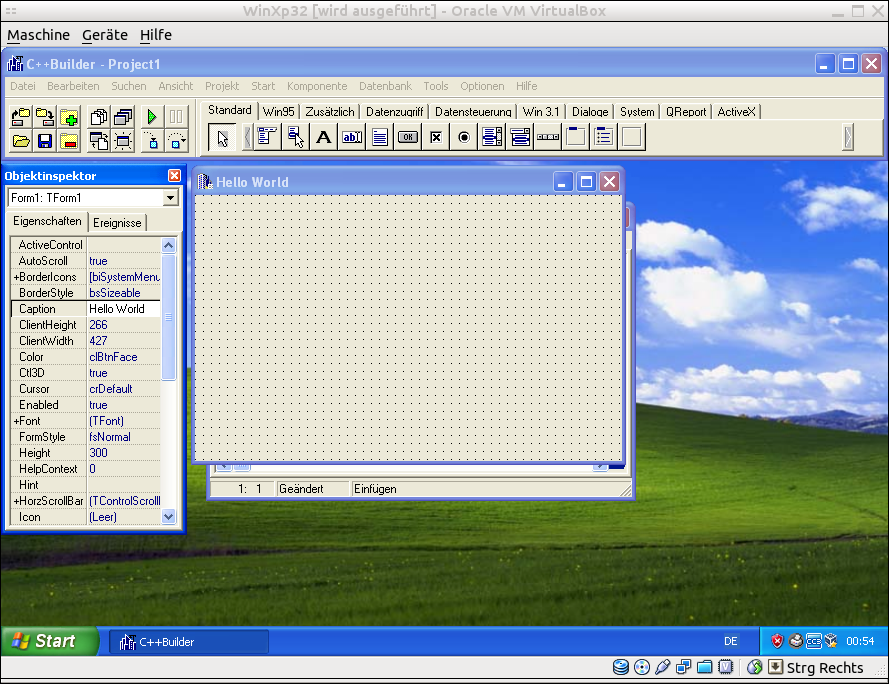 Like in Visual C++, one can put several widgets on that window, and work with them. 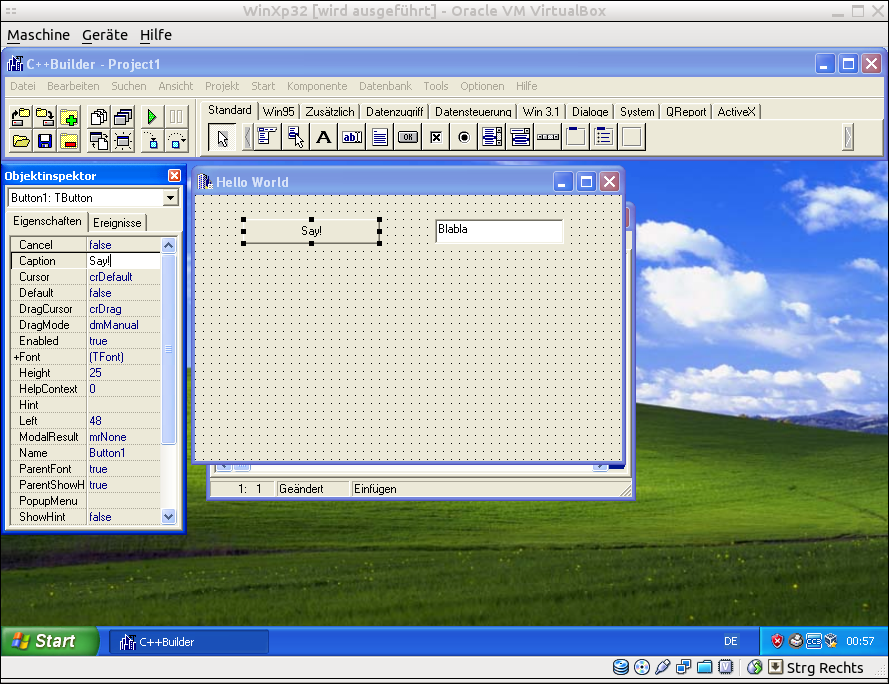 When double-klicking on one of these widgets, the default event-handler is created. For a button, this is the OnClick-handler. It can be set appropriate. 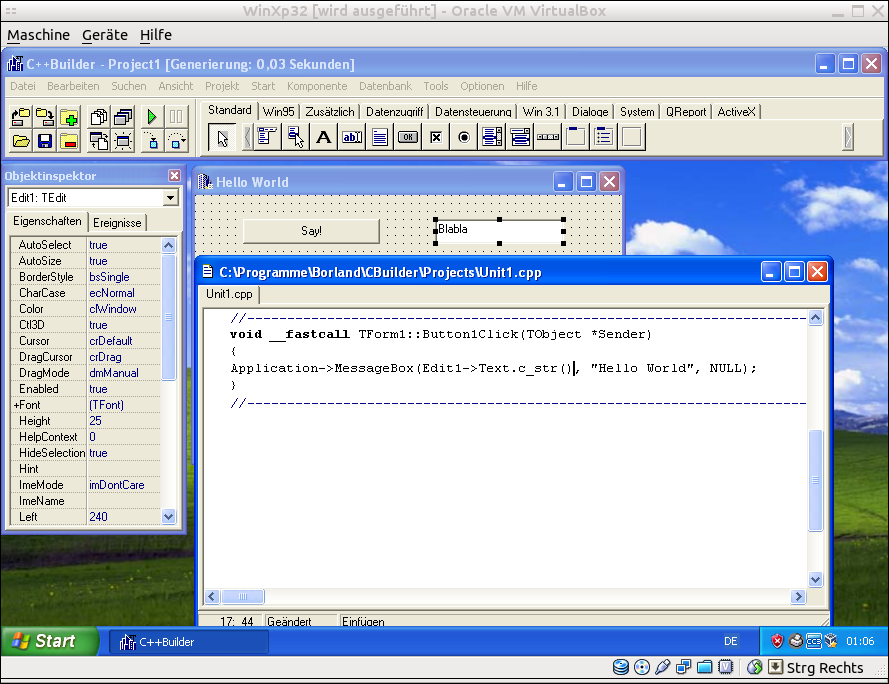 As soon as we are finished with making our application, we can run it! 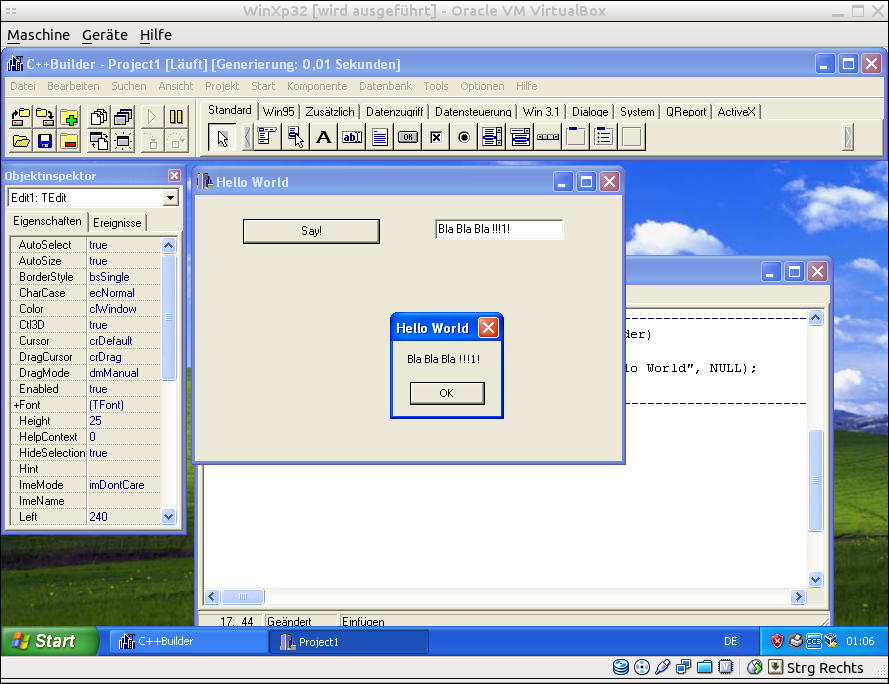 It is as simple as that, and with just a little more efforts, nice applications can be made.
Show comments (Requires JavaScript, loads external content and cookies from Disqus.com)